Nuking Nazi Germany? The Counterfactual Consequences of Hitler's Potential Victory in the Ardennes Offensive of 1944-45

Here is more evidence of how counterfactuals boost the resonance of, and stoke our fascination with, history.  A new article published in the German newspaper, Die Welt, discusses the origins and outcome of Hitler’s ill-fated Ardennes offensive on the western front of the Second World War during the winter of 1944-45.    The article features the observations of military historian, Karl-Heinz Frieser. who explains the reckless planning behind the offensive and the reasons for its failure. 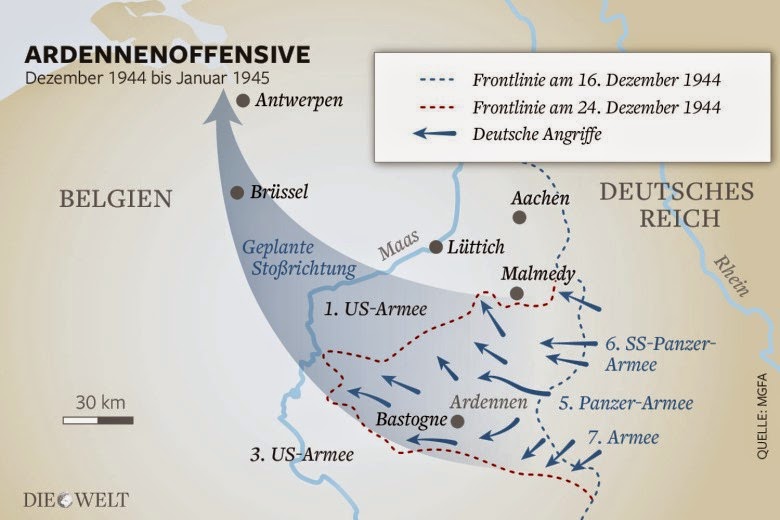 By far and away, however,  what is most notable about the essay is its conclusion, which features a chilling counterfactual scenario.  The essay’s author, Sven Kellerhoff, asks Frieser to speculate about what would have happened had the Ardennes offensive succeeded, to which Frieser replied: “the answer requires only a little fantasy and makes the historian shudder: the first atom bomb would not have ended up being dropped on Hiroshima but rather on a German city.”

Frieser does not elaborate, but the clear message of his conclusion is that the success of the offensive would have prolonged the war into the summer of 1945, precisely the time when the first and second bombs were ready.  Given that the bombs had originally been devised with German (and not Japanese) targets in mind, Frieser’s conclusion is perfectly plausible.

It also inspires us to think actively about all the possibilities that would have ensued, in ways that only counterfactuals can.  Small wonder, therefore, that the title of the essay profiles what is ultimately a tiny portion of its content.  The title, “Hitler’s Final Victory Would Have Meant the Atom Bomb,” immediately draws in readers.  Even though the essay features comparatively little counterfactual content, the “what if?” scenario serves as an effective marketing tool, proving once again how speculating about the past is a winning strategy for directing attention to history. 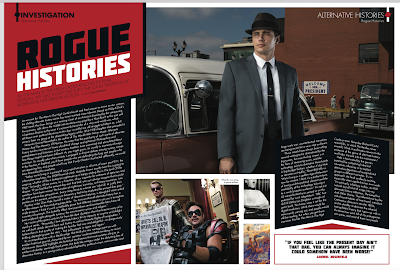